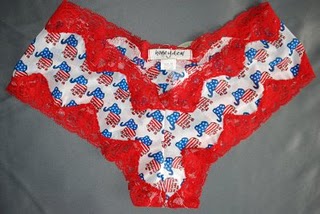 A little political ranting early on a Sunday morning never hurt anyone, right?  Just keeping it light, though.  Sometimes the political comics that clever people create can really sum it how you really feel about particular issues.  This weekend is no exception.

Take this weekend's comics from FedUpUSA.org with my two favorite selections:


I was hoping to hear from the President this week on his plan for our country in regards to warlike activities we may or may not get into around the world.  I couldn't care less what his NCAA brackets looked like.  I am guessing he wouldn't care about my selections, either.  If I was a mother of a soldier, I would be downright angry....... 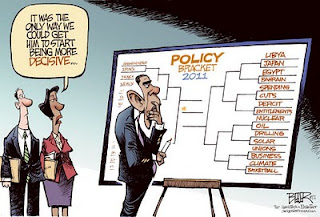 From the very beginning, I used to say that Mr. Obama might be a formidable candidate once he had some serious experience behind him.  I knew he was too green a player to be able to properly handle all that would be thrown out at him as President.  But no, we had to elect him because he speaks well (?) and his Father is Black (?).  Well, I couldn't care what color or background a candidate is.  It's not the what's on the outside that is important, it's what you have on the inside.  You know, your brain, your heart and yes, your gut.  The brain and the gut need practical application...ie, experience, to truly be effective. This next comic shows perfectly how I (and now most of the global society) think about our President:

Finally, the best comic of the week isn't a comic at all.  Seriously, it would be hard to think of something so funny than this story and quote from Senator Dodd:

In a bid to stem taxpayer losses for bad loans guaranteed by federal housing agencies Fanny Mae and Freddy Mac, Senator Bob Corker (R-Tenn) proposed that borrowers be required to make a 5% down payment in order to qualify.

His proposal was rejected 57-42 on a party-line vote because, as Senator Chris Dodd (D-Conn) explained, "passage of such a requirement would restrict home ownership to only those who can afford it."

Now, THAT IS HYSTERICAL!  People should never own a home that they cannot afford.  And 5% is still such a low number.  I remember my first little house I bought in Minnesota.  We had to put down 20% on a house that costs $57,000 in 1983.  That was the norm back then.  We are so off kilter now.  At least Chris Dodd has a back-up profession when he retires (as a stand-up comedian!)

Very nice. Thanks for the laughs

Imagine restricting home ownership to only those who can afford. That's just crazy!