Calling a Spade a Spade 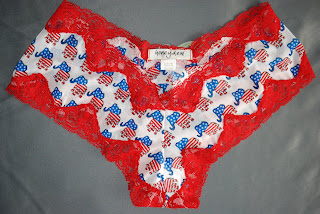 Here are just a few of the thoughts of mine about taxes and unemployment benefits:

1) I  am really somewhat offended by the discussion on the "Bush-era tax cuts" and how it's so morally wrong to give this "cut to millionaires".

A) Call it the "Bush era" tax percentages used or the income tax level voted by Congress in 2001 and in 2003 instead.  Because, for the past 9 years or so, my family has been paying to the Federal government at the Bush-era tax level, at the 35% tax level.  That's a little over a third of all we earn working very hard at our jobs.  Add in what the State of Arizona takes from us and we have been roughly at a 50% level.....yes, that's right.....for every hard earned dollar we make, we get to hand over 50 cents for the state and federal governments to run.  I personally think the even the lower level is a lot of money to give away and wonder why we continue to work so hard.  If anything, the change in level will be a tax increase for me and my family.  Call it what it really is, please.  Why are we always looking back?  Just call it what it is: the "Obama-era tax increases" for goodness sakes!  Better yet, the "Obama-era" tax levels.

B) Why is it morally wrong for to tax millionaires at the 35% tax level instead of moving it to the 39%?   When exactly does morality jump in?............37%, 40%, 99%? Why do people who work hard (as the majority of millionaires do), invest smartly (as most millionaires do) need to pay more?  Do we need to penalize these people for hard work and success?  I am not a millionaire but I know quite a few of them.  They have been my bosses, or people I have met doing charity work, and I have observed how they work and think over the years.  First, when my bosses had extra money, they tended to hire more staff to help out with projects, thus allowing me to go home earlier at night, to be with my family.  At year's end, instead of everyone on staff getting a Holiday Turkey, we got the Turkey and a card with $500 or $1,000 in cash inside.  I was happy, my administrative assistant was ecstatic and the receptionist would be crying for joy!  It trickled down just as some economists describe it would.

I have volunteered with many millionaires on charities for those less fortunate and the sad news is this......... most of us give a set amount to these charities; for example, 20% of our disposable income goes to the Weldon House, the Sojourner Center, the Animal Humane Society...whatever.  The more money the millionaires have, the more is given to these important organizations.  I cannot be upset with millionaires for job growth, job benefits and security or giving lots of money to support people in need through the various charities!

2) The problem with extending unemployment benefits even longer than we already have is that history/studies tells us without a question of doubt, that it doesn't help people gets jobs.  It only allows them to sit home longer with a little cash.  That sounds so harsh, I know, no one likes to talk about it in these terms.  And while many people are diligently searching for work on a daily basis, the facts tells us what happens to out-of-work people after 6 months and longer.  It probably has to do with human nature.

Of course, the problem with NOT extending unemployment benefits is a totally political problem: you look like an uncaring SOB, especially right now, during the Holiday season!  So sorry, my little (future) grandchildren... you are just going to have to buck up and pay for all of our neediness and compassion with a heavy load of debt!

All this ranting has made me hungry.  But the apple I am about to sink my teeth in will be a little harder to swallow....just like all the recent political nonsense discussed above!