Phantom Way and Our Bedrock Clan 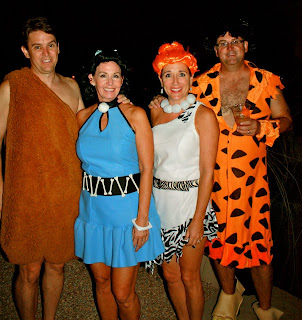 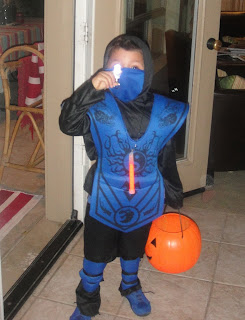 It was a Yabadabado kind of Halloween for the Southworth clan. It starts with one person saying they are going to be Fred and Wilma and then moves into full Bedrock territory.

Getting Bill to get dressed included a bit of trickery and the promise of possible later evening "treats"......all well worth it.  I have never seen a more adorable Barney in my life!  He said it was like wearing two bathroom mats, that smelled almost as bad.

Then, the youngest in our clan, Jackson, was some kind of warrior or Jedi.....(when your kids are grown up, you no longer have to know the characters). But he looked great and watching him enjoy the festivities was the best.  At age 5, he could care less about the candy and had the best time actually giving out the candy to the kids after he was done trick-or-treating himself. 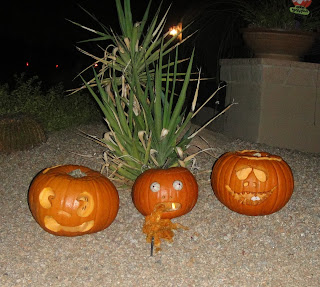 I should tell you a little about D. and K.'s neighborhood.  The road is called Phantom Way and its residences take this name and Halloween very, very seriously!

Halloween decorations start sometime in August, I think, and everyone sets up outdoors in front of the house.  There are fog machines and music.  There are spider webs all over everyone's homes.  Almost everyone is dressed up.

It also happens to be one huge adult cocktail party which brings a whole new aspect to the evening.............beware of the neighbor offering a "brains" shot, it's nasty!

The street has gained somewhat of a reputation and we went through 15 pounds of candy! 1000s of kids visited Bedrock!  People from everywhere drive over to trick-or-treat here.  We did not see as many truckloads of families who don't speak a lick of English this year. (hmmmmm!) 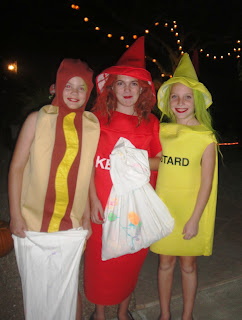 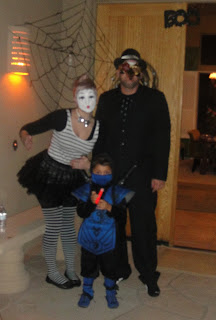 There were so many cute costumes to share, like Leiloni's group of mustard, ketchup and a hot dog (relish was nowhere to be found!). There were many all neon green outfits that I have no idea what they were supposed to be.  There were many kids dressed like the actors in the Harry Potter movies.  There were stars and celebrities and one real celebrity (Tom Chambers....ex-NBA superstar).  He seemed to be enjoying the night.  And, he was probably equally excited to meet Betty Rubble as I was meeting him!

Perhaps my favorite costume of the evening my our niece, Heather, who was dressed as a mime.  Cute, clever, creative, homemade.....just like Heather! 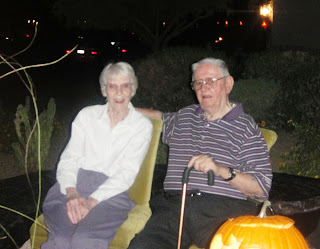 The only two sane people in the neighborhood?  It's Fred and Barney's Mom and Dad.  They came up for the festivities, eat some of Fred's unbelievable smoked chicken enchiladas, then go back home.

It just takes one person enthused with the holiday to start a crazy family tradition.  We have Wilma to thank for that.

It takes one City planner to name a street 'Phantom Way' and the start of a neighborhood tradition takes off in full fashion.  I wonder if this employee has any idea what he or she started.........Happy Halloween, everyone.  See you next year...............

I am participating in the November NaBloPoMo: 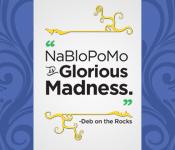 Watch the latest videos on YouTube.com